Legends like Rafael Márquez, Gerard Piqué or Andres Iniesta won't be in another World Cup. Russia 2018 was his last appearance.

The 2018 FIFA World Cup in Russia was a football carnival, full of emotion, unexpected suprises, and a great world champion. Deeply-touching memories, like Croatia’s evolution as they reached the final, having the most important trophy in the world in front of their eyes. And of course, the World Cup was full of goodbyes. Father time has beaten five superstars, who have played their last World Cup in Russia as their retirement looms. Here are five farewells Russia 2018 brought us - five players you won’t see in another World Cup, sadly.

5. Tim Cahill – The 38-year old australian forward played his last minutes in a World Cup during the ‘Socceroos’ defeat against Perú (2-0) in Sochi. The former Everton player stayed on the pitch for 41 minutes until the end of the game. A bittersweet goodbye for the greatest australian soccer player of all time, who took the stage in four World Cups. The first one was Germany 2006 - back then, Cahill scored twice against Japan and contributed to take the ‘Socceroos’ to the round of 16. In fact, Cahill was elected as MVP after the Australia vs. Japan game. Later, in South Africa, Cahill shocked the Serbian side with a solid header in the last game of the group stage. The match finished 2-1 for Australia, and Serbia lost any chance to advance further in the tournament. Finally, in Brazil, Cahill scored one of the best goals of the whole competition with a majestic volley facing the Netherlands. Russia 2018 waved goodbye to an ‘Aussie’ idol. 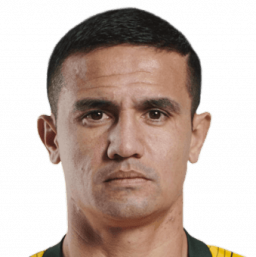 4. Rafael Márquez – ‘Rafa’ made history by playing his fifth World Cup in Russia. Márquez joined this select club with German Lothar Matthäus, world champion in 1990, and his fellow countryman Antonio Carbajal, goalkeeper for ‘El Tri’ during the 1950, 1954, 1968 1962 and 1966 World Cups. Despite his age (39 years old), Márquez managed to contribute to the Mexican team. He came in off the bench against Germany and South Korea, and starred in the opening lineup in the game against Brazil. In fact, this was the last appearance of Rafael Márquez as a professional player. Before the World Cup, he had already announced he will not play with any club, closing his career with Atlas. Russia 2018 was the last road for ‘El Kaiser.

3. Javier Mascherano – The Argentinian warrior, arguably the best player in the Albiceleste’s campaign in Brazil 2014, said goodbye to the national team after facing a bitter elimination in Russia 2018, falling against France in Kazan. The 2018 FIFA World Cup was not the best version of Mascherano, nor was it of any Argentinian player, including Lionel Messi. ‘El Jefecito’ left Barcelona in early January, transferring to the Chinese Hebei Fortune team. After four World Cups, starting in 2006, Mascherano will no longer be an argentinian national player. He retired from International football without achieving any championship for his country. Even though this is the case, his performance in the 2014 World Cup will always have a special place in Argentine fans’ hearts. 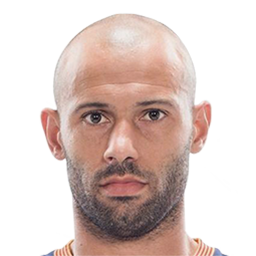 2.Gerard Piqué – Back in 2016, during a qualification match in Macedonia, Gerard Piqué announced his retirement from the Spanish national team after the Russia World Cup. Piqué argued that he had enough dealing with controversies towards his political views, supporting Catalonian right to decide whether or not they want to remain as a part of Spain. Before the World Cup, Piqué reaffirmed that he had already made up his mind. So, after ‘La Roja’ became eliminated by Russia after a dramatic penalty shootout, Piqué had played his last World Cup match. Nevertheless, he will always be a world champion, bearing in mind his contribution to the Spanish coronation en 2010.

1. Andrés Iniesta – One of the finest players of all time also said goodbye to his national team after facing elimination in the World Cup. ‘La Roja’ will miss his talent and surreal ball control. Heading Japan, where he will join Vissel Kobe after leaving Barcelona this summer, Iniesta will be always remembered with love by Spanish football fans. His late goal during the 2010 World Cup final against the Netherlands in Johannesburg gave ‘La Roja’ its first championship ever, and finally crowned the golden generation of Spanish football. That goal is pure history. In Russia we were able to see the last scraps of his talent - now, players like Isco, Asensio or even Thiago will take the torch. ‘El Maestro’ has taught his last lesson.